An all-in occurs when you do not have enough money to cover the full bet amount, and so place your remaining money into the pot. You then contend for the pot in an amount proportional to what you have contributed.

The ante is the term for the minimum bet that each player needs to place into the pot before the betting can begin. The ante is placed before any cards are dealt.

The Big Blind is the very first bet that’s posted by the player to the left the small blind position. It is a forced bet, and its amount is equal to the lower bet. For example, in a $10 – $20 game, the big blind is $10.

A pair with a value of 10 or greater.

The amount you must bring into a game.

A call occurs when a bet equal to the previous bet is placed.

If a player chooses to ‘check’, then they will not place any bets for that round. They can only check when there haven’t been any bets placed by players before them.

These are the cards dealt in the middle of the table – the cards that each Player uses to complete their five-card hand.

The dealer button is the small circle disc that has the letter D on it. This disk is used to display where the dealer’s position is on the table.

These are the first three community cards dealt in the middle of the table.

Players fold when they throw in their cards. Once a Player has folded they automatically relinquish their claim on the pot in exchange for not making any further contributions towards it.

The card that has the lowest value (keep in mind that aces are high). If two players have the same lowest card, the value is determined by suit. Suits are arranged in alphabetical order from lowest to highest value – Clubs, Diamonds, Hearts, and Spades.

If a player does not wish to show his losing hand to the table, he can choose to muck. The hand will then be discarded without being displayed to the table.

The Nuts is a term to describe the best possible hand a player can have during that game.

The cards that are dealt face down to each Player are known as pocket cards.

‘Post now’ is a choice given to new players when they join a game. They can choose to either post now, or wait for the big blind bet. If they decide to post now, they bet the equivalent of a big blind bet and receive their cards immediately.

The pot is the stack of chips that builds up in the middle of the table. It grows as each player’s antes & bets go into the middle. All players who win are paid from the pot.The House takes a small percentage of the pot. If there’s more than two players that both have a winning hand, they split the pot 50/50.

The purpose of a raise is to increase the stakes for the remaining players at the table. To raise a bet, it must first be matched, then increased.

The final community card dealt is known as the River Card.

A run is a betting cycle around the table. A cycle from the first Player to the last Player is considered one run.

This occurs after the last betting round when the remaining Players compare hands to determine the winner. The Player with the highest-value hand wins the pot.

A Player ‘sits out’ when he chooses to leave the table for a short period.

A small blind is the first bet posted by the Player to the Dealer’s left. It is a forced bet, and its amount is equal to half of the lower bet. For example, in a $10 – $20 game, the small blind is $5.

This is the term assigned to the various stages of betting.

A turn is the fourth community card dealt.

These are the cards that are dealt face up to each Player. Players use these cards to complete their five-card combinations.

What Is CoinPoker? CoinPoker is an established online poker room that uses their own cryptocurrency called CHP. They were founded at the start of 2018 and aim to bring poker

In our Ignition Poker review, we go over the site and see a unique room that offers a variety of online poker games and accepts players from most countries in

In our Americas Card Room review, we go over this well established poker site that was founded back in 2001 and based in San Jose, Costa Rica. They’re owned & 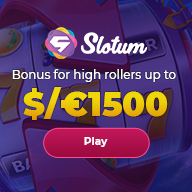 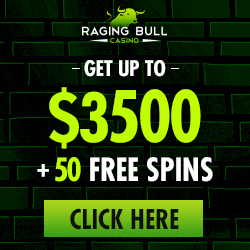